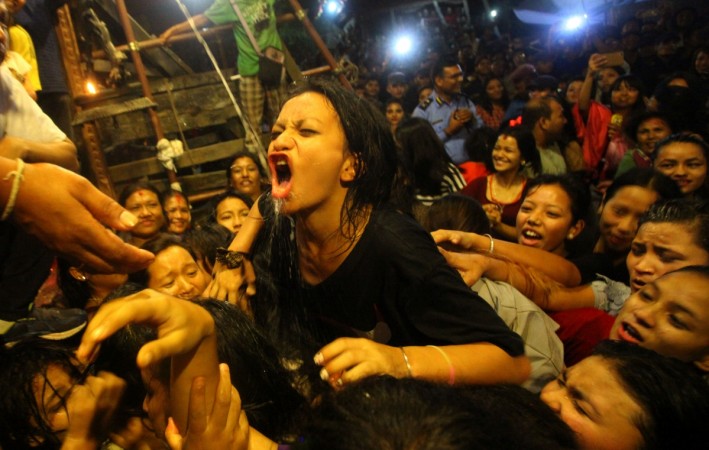 The trigger point to this post is the one which I read on "Anandha Vikatan" that whole men community should hang their heads in shame for the Bangalore mass molestation incident. I in no way support or justify the behaviour of those anti-social elements and strongly condemn their behaviour. I also don't have a second thought in the idea that they must be punished. But.. putting the whole Indian male under that perverse category is something I object. I don't want to hang my head in shame for the behaviour of some random men. This post is about why I hate anyone who talks feminism and the women are very adept is painting an image that suits their purpose.

Why should the men community hang their head in shame for such incidents? Ask the mothers of those molestors to hand their head in shame because they brought up their kids like that. Ask the sisters of those molestors to hang their heads because they hadn't slapped their brothers when he misbehaved with the women or even for those ideas seeped into their mind in the first place. Ask the feminists who write such columns to look into their own house and see how the men in their house are behaving with women. Let the feminists look into the behavour of their own women community to see how they behave in public.

We all know that there is no "pure" human soul in the world and all of them have grey areas and only the variation of the greyness varies. No one is perfect and not every man is a predator who pounces on available women. So it is our duty to look into the surroundings where we step into. In a crowd that is under the influence of drugs, alcohol in the pretext of celebrating the New Year, you can't expect all the men to be well behaved. Also not all the women who went to that avenue are in the senses. Many of the girls also drink, smoke and misbehave with men. So such incidents are bound to happen. When you are stepping into such dangerous zones, you have to be prepared for casualities and protect ourselves. Else stay with family / friends and ring in the New Year.

It had become a fashion to do male bashing and say themselves as "feminist" and even some men do the same thing to show that they practise "gender equality". Immediately after such incidents, all the feminists will start talking as if the whole female community is meek, submissive and doesn't even have the courage to come out of the house. It is painting as if a deceased politician immediately becomes the saint and all their corruptions are forgotten or shouldered to their aides. E.g Late J Jayalalitha. Everyone knows that she was also a corrupt politician but after her death, it had become that she is a pure soul and only her fellow party members and her aide Sasikala did all the corruptions with Jayalalitha being unaware of them.

Most of the women celebrities who condemn such incidents do for publicity more than the social responsibility. For them any publicity is a good publicity. Whenever they are asked in a TV chatshow by some gay host whether they had been hit on by men / women, they just giggle with an approval and answer with a pride. Had they ever reprimanded the host that such questions approve stalking or manhandling? Instead they answer as if more the count of hit ons, more they are desirable. These will definitely give the immature viewer an impression that they are "available" or the girls enjoy being hit on.

Nowadays almost all the Bollywood movies have a premarital sex scene and such movies had made it almost a norm with the current generation that premarital sex is more than fine and of you hadn't have one, they you are not fit to live at all. This had corroded the intimacy or sanctity associated with the sex. Had any of the actress raised their voice against this? Instead they are busy working out on their body to look sexy / desirable in those scenes. They take pride in being fantascised in a prurient fashion but when someone hits on them, immediately they cry that Indian men are regressive. Even in the critically acclaimed movie "Pink", the heroine says that she had sex with multiple partners and still the audience clapped for her victory in the case. Eventually the audience subtly start buying the idea that sex with multiple partners is fine which will be made as a mandatory societal norm in few movies later.. loud & clear. You can notice that in all the Yashraj films, the engaged heroines fall in love with hero and proceed with their love. They made the premarital sex, live-in relationships as a "cool" thing in the movies.

On a normal day these feminists will start talking as if the women in the country are equal to or much superior than men and they are proud in taking on them at all levels & industries. Once a rape or molestation case happens, immediately all the feminists will start painting an image as if the whole female community is being crushed by the male community and start lamenting that this is a male chauvinist country.

If you feel that this is a male chauvinist country, I am fine with that. Because our society itself is patriarchial where men take responsibility for all good and bad. Women need men to support them, protect them but have problems in accepting that they are depending on them. When a marriage proposal comes, do women think of his character first? No.. they always look for "financial security" or "social security". So even if the prospective groom is a certified casanova with a long history or a rapist or indulged in illegal activities, the girls are fine with as long as he is filthy rich. All those affairs and rapes are the symbols of brimming manhood. At the same time if given a choice of a poor but well cultured boy, he'll never even be considered. At that time all these feminism concepts will go in air and the "practicality" comes in. The day the girls start looking men as as a fellow human being rather than a security provider, immigration visa provider (foreign grooms) and a walking ATM, we also will start thinking of women as equal. As long as you don't come to us with a check box, we also won't look you down.

I know a lot of men who carry the family on their shoulders with little or no support from their spouses. But they never cried that they are paying for their wives being lazy or unproductive or uninspiring. Instead those guys are preached with value that "A man should take care of his wife". Many wives treat their salary as a pocket money whereas the family expenses should be borne by the husband. If any question comes regarding this, imemdiately their cry ranges from that their are treated as money making machines to why did he marry when he can't handle finances in the first place to etc etc.

So let the bra burning feminists look into the behaviours of their own women community before pointing fingers on their male counterparts. We men are not regressive or suppressing the female talents anymore.. we are fine having female leaders, working to female bosses, giving the whole of HR departments, administration jobs, nursing roles to the females and encouraging more women to work in the so-called male oriented domains like Mechanical engineering, Aeronautics to name few. Don't make men as scapegoat to cover up all your misdemeanours. We men hold our heads high with the pride that we are being depended by the women for security, social respectability.