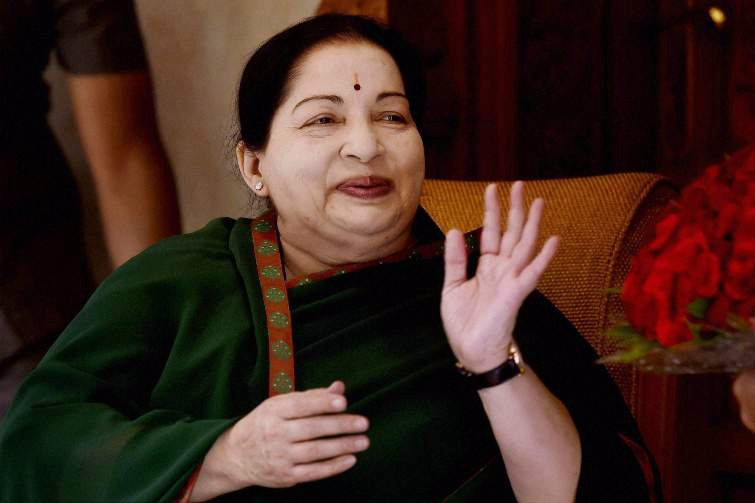 My parents were Govt. school teachers in Tamilnadu, so like most of the TN Government employees they were also supporters of DMK. Similarly the group we moved around was also their colleagues, so when I grew up I was made to believe that ADMK, the staunch rival of DMK is a "low level" party mainly supported by uneducated / people from lower strata. Most of the political conversations will end up in the personal attacks of MGR and later J. Jayalalitha. When a woman fights her way through the male bastion of politics, there are also assassination of character. So all put together I was looking down Jayalalitha for a long throughout my school days.

All changed during my adult age, when I started looking things on my own perspective and rephrasing the already formed opinions rather following what was forced from others. Now I started looking J. Jayalalitha in a different light. Slowly slowy I undertood that the path she had chosen was certainly not made of roses but through the thorns and full of insecurity you never know who is going to kill you in the next second. She had to be such a bold nature, which was dubbed as arrogance else she might have been wiped away in a microsecond. I started admiring her strong will power and boldness. She was the only leader who was able to take boldest decisions without thinking about the consequences / trying to please others. E.g her laws on anti-religion conversion, decision to terminate lakhs of Govt. employees who went on strike in a single signature.

No matter what people will keep telling that she was a corrupt politician, I believe that she might have got carried away with power during the first term and came to ground on her second term, which was the best term of her political career. Unlike DMK / Congress who talked about "Tamil" and "Dravidianism" but actually didn't do good for the Tamil race, JJ fought ferociously for hardcore Tamil issues like Cauvery issue and Mullai Periyar issue and she was better than the "Tamil" leaders, even though she was from Karnataka.

Over a period of time, she started winning supporters from the well educated youngsters and that's when ADMK started becoming a solid, powerful party which doesn't need any alliance / arithmetic calculations to win in the polls. All her dynamic qualities are overshadowed by her wrong friendship with the Mannarkudi mafia gang who looted Tamilnadu hiding behind her. I literally choked to see JJ dying like an orphan with the Mafia gang orchestrating the smooth transition of power and properties to themselves.

It will take another century for a woman to enter the politics from nowhere and become a people's leader. I definitely miss JJ and may her soul rest in peace.