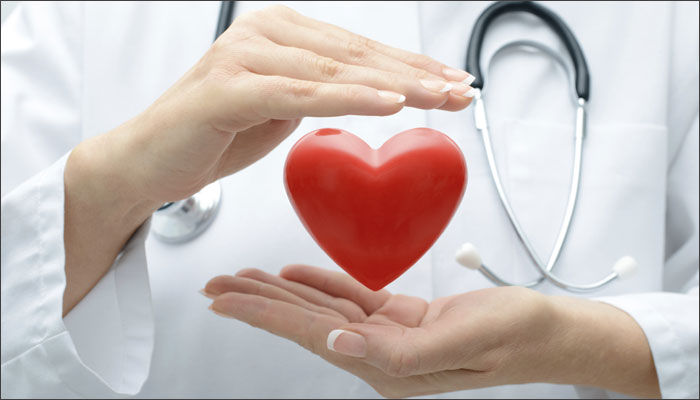 It had been exactly a month and three days since that nightmare happened. It was a Friday and supposedly a leisure day as my client side business counterpart, my manager were in leave and I didn't have anything in my work basket. The weather in Sydney where I was on a project was so good, that I left for a casual walk. During the walk, may be to kill time, I called my mother and she said that she hadn't slept the previous night because of her stomach pain. I always keep telling my mother to have complete body checkup at regular intervals, not to take self prescribed medicines and visit a physician when she falls ill. But she never heeded to my words. Since she is a headstrong woman, I too couldn't force her on these issues. So on that day I asked her to visit another hospital without fail.

I was doubtful whether she might actually do that because she will 'wait' for the pain to subside by itself rather than spending some money on a visit to the physician. So I called my cousin who lives in the same city and asked him to take her to the hospital without fail. I really thank my cousin that he went to our home immediately only to find that my mother was in the verge of collapsing. Without wasting time he took her to the hospital and by the time she reached there, body seizure happened and the hospital refused to admit her. My cousin immediately took her to another hospital and they shouted at him (mistaking him for me) for worsening the situation by not visiting a doctor for past 4 days. They had put her under observation for 6 hours as she was extremely critical.

By the time I kept calling him very often, he simply said "Come back". I couldn't even comprehend what's happening at that moment. When I asked him again he said "Come back. Doctor had asked to inform all the relatives. Also inform our sister". It took some time for me to sink what was happening. When I called Akila and she said that she is already picking my son from school and on the way to my hometown. I felt handicapped, helpless by being in a place not so easily reachable from my home town. It is a trauma that can't be easily described by words. The feeling of being helpless when the dear one is slowly slipping into the hands of death and all I was able to do is just hear the live commentary on other side of the phone. I called my travel agent to book the ticket and they gave the earliest ticket that is on the next day 14:00 hrs. Almost 20 hours after. That dreadful 20 hours is somethings I'll never be able to forget in my life.

By the time I reached the hospital to see her in the ICU, almost 2 days (1 day & 18 hours) had passed by. My sister also reached around the same time from California and we were able to see some life in my mother's face. The next day when the doctor came, there were lot questions about the medical history, how long certain problems were... which we couldn't answer precisely because of the lack of a complete health check up for so many years. She was diagnosed with multi organ failure. She was admitted in a hospital that was a lifesaver from First Aid perspective but didn't have advanced facilities. Once she stabilised and her body was in a condition to travel longer distance under medical supervision, we moved her to Bangalore Narayana Hrudayalaya, where she was treated for 8 days in MICU and discharged on 10th day. Now she is recovering and will need sometime to be on herself completely.

The summary is that she had a 1 cm stone blocking her Ureter (a pipe connecting Kidney and Urinary bladder), so the bad fluids are not excreted properly / fully.  Because of this the lungs was filled with waste fluids which infected it as well as liver, eventually the heart's pumping capacity was affected leading to slowing of blood flow, which resulted in body seizure. There was a suspicion of Cardiac arrest which was cleared later. We could see that the disorders are linked and the origin traces to the presence of kidney stone in the ureter. I am sure that this stone might not have popped out from nowhere overnight. It had been growing over the years and the body was giving indications through weakness, stomach pain etc. But she ignored them. Also the practice of gobbling up Dolopar, Calpol and Saridon for everything had hit the kidney strongly. They are supposed to be the kidney unfriendly tablets. Also she kept rejecting my requests to have a complete body checkup many times and the last request made was at May 2016, 5 months before this disaster struck.

By Gods grace, she survived but the damage had been done. Here after she has to live with "T&C - Terms and Conditions" like diet restriction, environmental conditions, periodic intake of medicines etc. This could have been avoided if she had been taking the annual health checkups, which could have alerted us and prepared for the diagnosis, without affecting the whole body.

Not only my parents, I had seen lots and lots of elder people who live in "supreme confidence" that their body is made of steel which cannot be affected with disease. For them the very mention of visiting a physician is a matter of insult. They frown, scowl at those who even suggest that. But what they don't realise that is that at the end of the day, it is not they who are going to suffer but those who consider them dear.

What sin did I and my sister do to deserve the pressure of being helpless in the foreign land when we heard about this? Only those who went through the pain of waiting for the flight under these circumstance can identify what I am talking about. It is easy to blame that we were out of the country leaving the parents behind in India. This can happen to anybody even if you were within the country. Imagine that you are in Mumbai with your parents living in Kanyakumari and you hear that something untoward had happened to them and you get only an unreserved ticket in a train which will take 36 hours or even if you have the facility to fly, it will definitely take a 12 hours to reach home and what will be your state of mind in all those 12 hours? It can happen to anybody.

Elders if keeping aside their ego or laziness, take sometime time to do the periodic health checkups, they can help this sons / daughters in planning accordingly. Always money or time is cited as the reason to skip the health checkups. Don't they have time to watch all those bastard TV serials? Don't they spend on Gold which they wear once in a year or two on occasions only? Why place importance on something that's not so important than one's health?

Oflate I am telling all my friends to drag their parents to the hospital for an annual complete health checkup. Even if the parents think that they go to the hospital as a favour to their children rather than considering as good to themselves, it is fine. I heard a case of my sister's friend that her father was diagnosed Cancer at a very late stage. He was having some health issue that whenever he visited the hospital, the CT scan was done only to that specific part. Only at the later stage, when cancer affected the regularly scanned part, during an another scan they detected the cancer. Quite a sad incident.

Everybody is about to die someday and we can't stop death. When we die of unexpected circumstances like accidents, war etc which we didn't have a control over, it is different. But dying out of health negligence is something that will kill the people surrounding them mentally.

I had told my wife that it is the high time that she has to start practising healthy diet, do physical exercises and take proper medical precaution. I will do this atleast for the sake of my son who should not be given a rude "shock" rather than looking after myself.

So my sincere request to those who read this post is - Please take annual health checkups seriously. Start disciplining your life style, dietary habits and don't let your negligience ruin the life of your dears.