Hai Guys, after a long time I tried my hand at sketching. It happened during a boring office meeting. I sketched Buttu seeing his photo in my mobile. Even though it was a single attempt without using any eraser while sketching, I can't say that it was a good one. I was happy when Akila realised that the sketch was Buttu. Her only comment was thet Buttu looked "elder" in my sketch. The second sketch in the blog was made by Akila when she was pregnant with Buttu. My mother in law said that it was surprising that Akila who didn't even draw her school assignments, made this sketch. I told Akila that I am sincerely praying for a baby girl but she drew a "My Boy". At the end God had answered her prayer and Buttu sometimes resembles the photo which Akila took as reference for sketching. These sketches are now for your viewing!!! Click the thumbnail for viewing them. 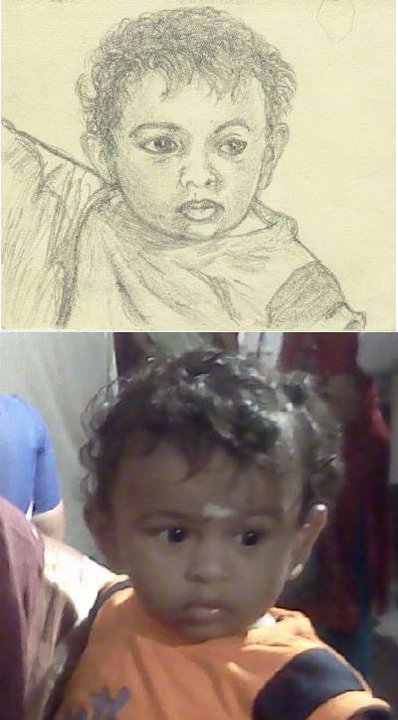